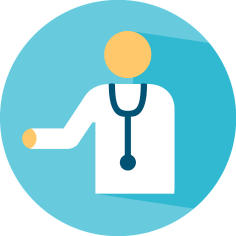 Prolactin and oxytocin – The two hormones needed for lactation

First things first let’s get to know a little bit more about the two main hormones for lactation -prolactin and oxytocin, or better known as the lactation hormones. They are equally important as they promote milk synthesis and stimulate milk ejection respectively. Oxytocin is also known as the “let-down reflex”, where it makes the milk in your breasts more available to your baby. Do you know people said that being emotionally well during lactation is important? This is because postnatal distress may actually influence oxytocin secretion and result in a decrease of milk production. Postnatal depression was found to be associated with reduced length of exclusively breastfeeding period. Prolactin on the other hand are being produced more significantly at night so it is important for mothers to practice night feeding as prolactin increases the milk supply and milk quality of the mother’s breastmilk. Studies show that high B vitamin content may improve postnatal mood, leading to increased oxytocin release and milk ejection.

Does diet plays a direct role in breastmilk supply?

While variations in the diet of the mother may result in changes in the fatty acid profile and the levels of certain micronutrients, it does not associate with the volume or quality of the milk produced. It was found that perceived insufficient milk supply (PIM) is the most common reason for breastfeeding women to stop breastfeeding and introduce formula milk.

Galactagogues foods – What are those?

Galactagogues foods or better known as breastfeeding boosting foods are foods that help in increasing breastmilk production. Some of the common galactagogue include oats, fenugreeks, saccharomyces cerevisiae yeast-based supplement (nutritional yeast & brewer’s yeast), lactation cookies, fennel, milk thistle and more. Galactagogue were widely used regardless of the women’s perceptions of their breast milk supply. Aside from galactogogue foods, it was found that metoclopramide and domperidone shows promising effect in increasing breastmilk supply. However, it was found that it possesses certain side effects after the consumption of such drug and the residual may pass to the baby through breastmilk. Galactagogues appeared to be well tolerated, except for pharmaceutical galactagogues.

Good news to all breastfeeding mothers, introducing the new and improved Biogreen Beta Gold Oatmilk Energy, your one-stop solution for a hassle free breastfeed journey. The nutritional yeast found in Beta Gold is rich in Vitamin B complex, which was shown to not only improve mood but also improves energy metabolism. Besides that, nutritional yeast is rich in folic acid that supports healthy red blood cell and energy, which is crucial for growing children. Other than that, nutritional yeast also increases breastmilk production.The mother of grains quinoa is also known as the nutrient storehouse, not only does it consist of all 9 essential amino acids; it is also high in dietary fibre. What a vast nutrient profile for such a tiny seed!